This is week 3 of my four week review of Adidas miCoach. Read the whole series here.

Update 1: (7th April, 2010) One of my primary rants against the miCoach website in this post -- the inability to define any custom interval workouts -- is now taken care of after a recent upgrade. More in week 4.

After two weeks of miCoach usage, I have been fairly impressed by the stats and graphs that it provides. Its great fun to drool over the graphs -- especially after a good run. Not only that, the information captured by the device is quite granular -- down to once every few seconds. This is probably more than what you need, but still its good to have it.

But what about the "coaching" part of miCoach? As I have said before, for the long runs, where I run easy for a period of 1:30-2:00 hours, I haven't really found the coaching very useful -- for those runs I just find the stats collection useful. Even for short runs which I run at a moderate pace, I don't really use the coaching function.

However, there is one kind of workout which I still hadn't tried with miCoach (and its something that I hadn't done in months) -- the interval workout.

Essentially, in an interval workout, you run for a short period of time at a fast pace, and then slow down (could be even to a brisk walk) to recover. This cycle is repeated a certain number of times. Doing intervals brings a nice variation to an otherwise uneventful routine, plus it also helps build pace and strength.

Now, the miCoach website does provide some interval training routines in its custom workouts. I picked one of them and went for a run. Here's the graph for the run: For this workout, the coaching function actually did turn out to be quite useful. The plan that I selected was a time based interval training workout -- run at an easy pace for a few minutes, then run hard and fast for a minute, and recover and repeat. Thanks to the attached earphone, I was getting constant feedback about when to slow down or speed up -- didn't have to worry about looking at my watch all the time. One minor annoyance has been keeping the earphone in place when running fast, but I think that is something which can be taken care of.

As I had mentioned in the week 1, its a shame you can't really "customize" the custom interval workouts. The kind of routines they have provided are good, but its too limited. Too bad, 'cause miCoach really shines here.

Not just for running

I thought it would be fun to try it out while doing some physical activity other than from running. Occasionally, instead of taking the lift, I take the stairs to reach my office on 14th floor. One day, I strapped on miCoach before doing so, and here's what it says about my heart rate:

The heart rate monitor atleast, could turn out to be useful for workouts other than running, if its that important to you. Maybe I'll try it in the gym someday.

Sunday was, as usual, long run day. I had originally planned to do a 20K run this time but could only manage 15. Maybe it was the evening weather which affected my run, or maybe the oncoming summers were to blame. Maybe it was just an off-day. I was also consistently feeling very thirsty throughout the run, which was a bit baffling. Anyways, I did, again record stats for the entire run using miCoach. But I haven't been able to find the time to upload the workout details yet (thanks, again, to the fact that they have no utility for Linux). 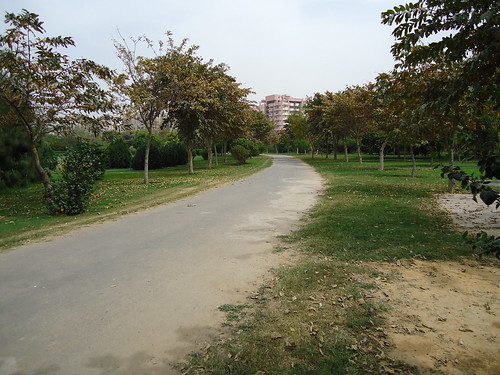 So conclusion from this week has been that miCoach is great for interval training workouts. Unfortunately the number of interval workouts on the website are very limited. If they were to increase that number, or, better still, allow their users to define their own workouts, it would be awesome.

Great to hear this :) Eagerly waiting for it.

Have you have any problems syncing the device? I have to try several times before the Micoach is recognised by my pc.

I've faced the issue a couple of times. But it usually works fine for me.